Gene editing and mRNA editing have been discussed at NACFC for a few years now. Here is the link to last year's blog and conference slides. Researchers have been working hard to overcome obstacles to delivery and expression of genetic treatments over the course of the last year...and they are getting somewhere. I spent Friday afternoon, as well as Saturday morning listening to talks about gene editing. Check out this animation illustrating what gene editing might look like in cystic fibrosis.


As seen in the video, nucleases can be engineered to create site specific, double strand breaks at desired locations in the genome. Antisense Oligonucleotides can be thought of as our "molecular scissors" that guide the gene editing process.

Pro-QR is one of the companies really leading the way with gene editing technologies in cystic fibrosis, and this was a highly anticipated discussion, as this is an early gene editing trial in HUMANS WITH CYSTIC FIBROSIS. 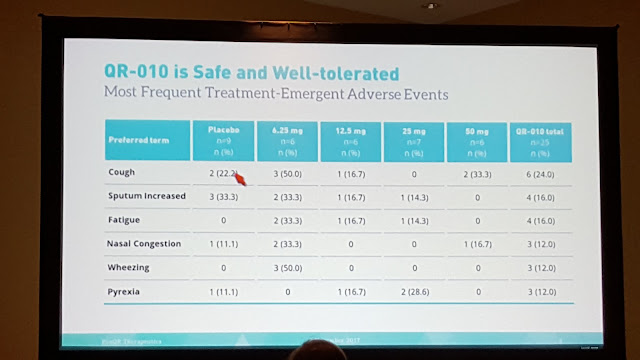 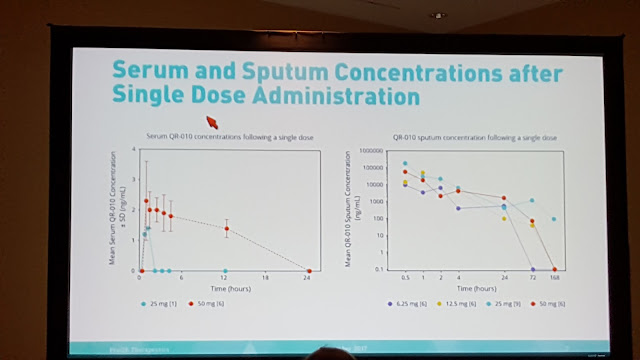 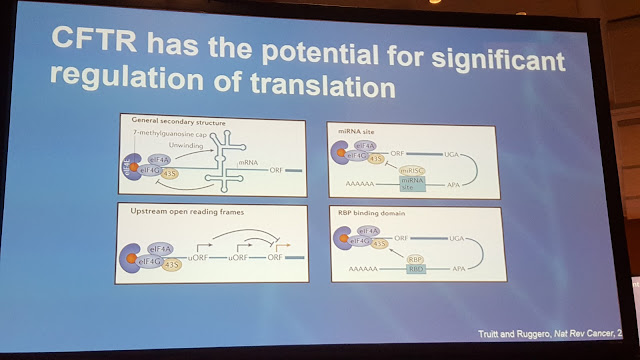 In Utero Nanoparticle Delivery for Site-Specific Genome Editing. Ricciardi, A.

In 2015, researchers from Yale published a study in Nature Magazine where the F508del mutation was corrected in a living mouse using their specially engineered "peptide nucleic acid" (PNA) to edit the genetic defect.

“What the PNA does is clamp to the DNA close to the mutation, triggering DNA repair and recombination pathways in cells,” Egan explained.

Perhaps even more importantly, the Yale group has developed a unique way to deliver their genetic treatment using nanoparticles--particles less that a billionth of a meter in diameter--designed to penetrate targeted cells. Encouraged by their success in living mice, the research group decided to try to deliver their treatment to a developing mouse embryo with cystic fibrosis. Imagine a world where cystic fibrosis could be cured before a child is even born...

As previously noted, perfecting the "vector" to enhance gene delivery was a hot topic because it has proven to be so challenging over the years. 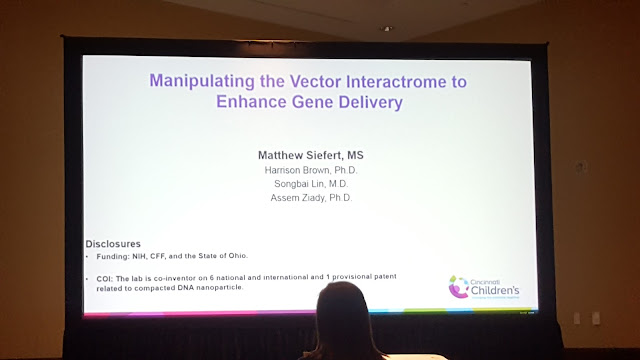 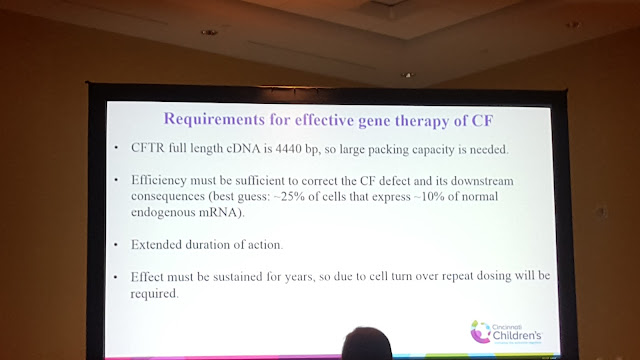 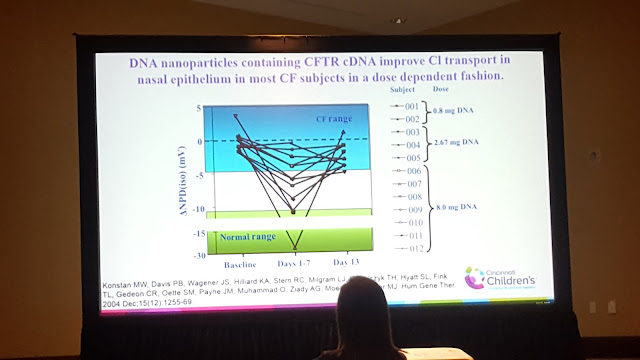 This is my 7th year attending the NACFC...and after 3 days of Workshops, Symposia, and Plenary Sessions--I am more optimistic than ever. At the NACFC, I try to take every opportunity I can to soak in the science and connect with the researchers. This year was the largest NACFC ever--with close to 5000 in attendance from all over the world. I skip the gym, sleep, and regular meals to that no opportunities escape me. This entry will touch on exciting news from the first Plenary Session.

The first Plenary Session always features the most exciting progess from the previous year. I've been watching and writing about the development of the "second generation" 3 drug combinations of CFTR modulators at NACFC for several years. The lab data has been nothing short of THRILLING. Finally, researchers are confident enough in the combounds that they've put a real timeline on moving these breakthroughs from the lab to your medicine cabinet. The second generation combos will be available for those with either one or two copies of F508del, which means that 90% of the CF population will be eligible for treatment in 2020! 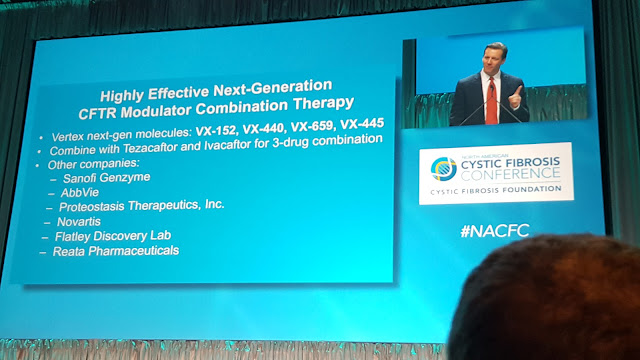 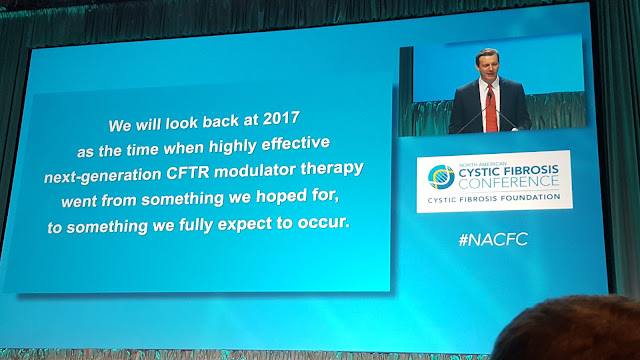 There are over 1000 mutations of cystic fibrosis worldwide that are only carried by a very small number of individuals. The potential to perform a traditional large scale human trial does not exist. As treatments for those with cystic fibrosis evolve, so must the FDA's approval criteria. I am so encouraged by this step forward. We now have the capability to test drug responses in cell lines in the lab, and truly personalize medicine for people with rare mutations. There are many that may even be responsive to existing drugs like Kalydeco, and now we have the opportunity to make sure responders are not getting missed! 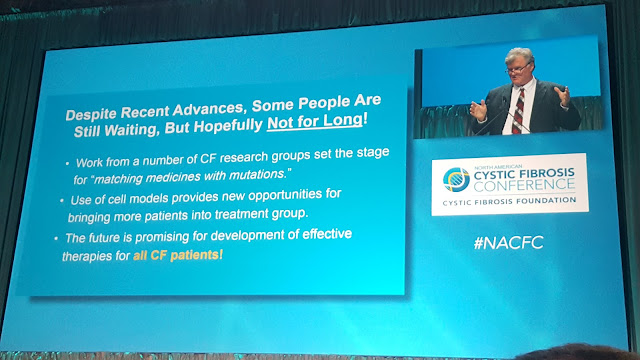 LEAVE NO ONE BEHIND.
Next entry will focus on GENE EDITING!
Posted by Rebecca at 7:37 AM 5 comments:

Rebecca
I spend my time caring my son and raising money for the CF Foundation. I am married to the best guy ever. I have degrees in Chemistry and Spanish from the University of Idaho. I'm also a trained massage therapist.